As part of the Red Bank Borough Public Schools celebration of Black History Month, a series of videos was produced at RBMS during the month of February to inform, enlighten and educate our staff and students.

This initiative helps to equip our students with the ability to navigate the increasingly complex world in which they live. In light of social justice movements and the emergence of Black Lives Matter, which has been nominated for a Nobel Peace Prize, students need to connect culture and history with real-world experiences.

Long-time district teachers Toni Merritt-Graham and Holcombe Hurd enjoyed the challenge of finding an engaging way to enrich the curriculum through video which is a medium the students embrace. In the past, Ms. Merritt-Graham, with Mr. Hurd, Ms. Banks, and Ms. Harris would produce a live staged performance, inviting the community to share this showcase which featured the many cultures of our talented student body.

Ms. Merritt-Graham wanted to stress the importance of teaching our students and staff to celebrate culture, equity and make real-world connections to the achievements of Black Americans.

Toni Merritt-Graham shared her thoughts, “I think it is essential that our students learn about and celebrate their culture as well as others. It is unfortunate that as human beings we gravitate towards our differences rather than recognizing our similarities. When we learn about and embrace each other's history, we develop a culture of understanding, respect, and compassion. What better way to catch and maintain the attention of our students than employing a medium that they use every day. I felt it was crucial to make these videos engaging, so the students would really share in the moment. The challenge was to get the full attention of the students so that the lesson is committed to lifelong memory. Our strongest memories are formed by including a powerful emotional component. I want our students to be challenged to walk in their greatness and continue to Dream Big.”

As part of the month-long celebration, students were asked to respond to the following question:

Ashely Flores Meza: “Well, I don't know much about politics but I know that it's huge that one, she is a woman, and two, she is a person of color. I know she is making history and that's really good.”

Isabella Anderson: “I felt happy because she is an advocate for women and girls everywhere, and she's leading by example.”

The process of making the videos used a camera and a computer generously donated by the Red Bank Borough Education Foundation. The videos were shot and edited by Mr. Hurd and featured Ms. Merritt-Graham and students and staff from RBMS. Mr. Hurd provided a window into the making of these videos. “I am so grateful for the opportunity to collaborate with the students and staff of RBMS. Our administration is committed to educating the whole student. I want to thank them for this chance to produce a high-quality product that is an innovative way to really engage our students. At RBMS, we have a history of making competition videos with the kids, but to me this is more important because the subject matter is so meaningful and timely."

"We shot the videos one person at a time in front of the green screen with studio lighting.  The sound was recorded separately using a digital field recorder and a studio condenser microphone. The audio was combined back to the video, and synced in post-production using Sony Vegas Software. When the video was a conversation, the performers would record separately and then the timeline was sliced up to create the illusion that the characters were talking to each other. Part of the real educational work was finding the right images, backgrounds, and music to support the narrative and enhance the meaning of the scripts. Some of the videos have as many as 10 video layers at times.

I especially liked working with our students in filming their performances. Building confidence and developing a screen presence is a real-world skill and is an important part of holistic modern education. Toni is a pleasure to work with, her scripts, performances, and belief in our students are a testament to the RBMS dedication to excellence. Education is more than a transfer of knowledge, it is a celebration of the deep meaning and emotion of our shared experiences.”

Ashley Navalany, Grade 8 Social Studies Teacher, who wrote “Inspiring Movements for Change'' offered this quote, “I wanted to share some insight into the history of the modern idea of 'race.’ The term race was first used to categorize people, albeit there is no genetic basis. Skin color really only is skin deep.  Although our country has made progress, there is still work to do. We must learn the truth about history, and take an honest look at where our country is now. Our students are lucky to watch and learn from their peers in these videos, and bring anti-racist conversations into the classroom. It’s a big step in the right direction.”

Ms. Merritt-Graham shared this final thought, “We hope this is only the beginning of developing a strong desire in our students to become lifelong learners of cultural competence.” 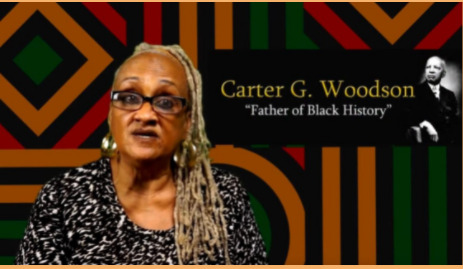 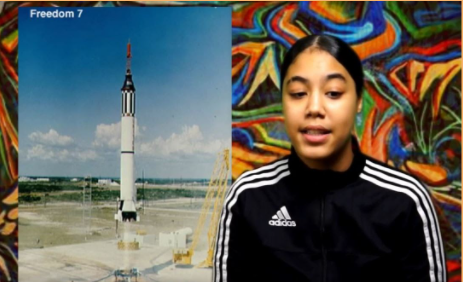 A conversation with a student about the contributions to the success of NASA and the moon landings by Mathematician  Katherine Johnson. 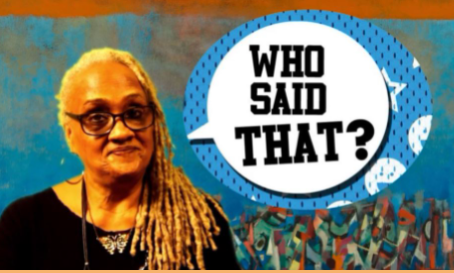 A brief explanation of the importance of celebrating culture. 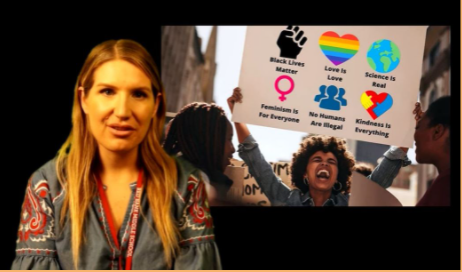 Teachers and students from RBMS explore the history of racial tension in the United States. 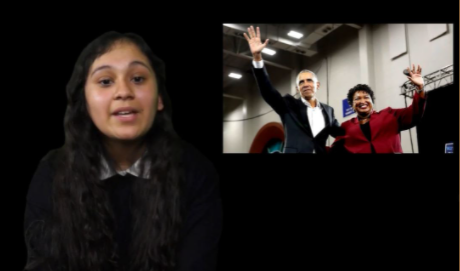 In this video, we explore the history and impact of Georgia House of Representatives Minority Leader and political activist Stacey Abrams. 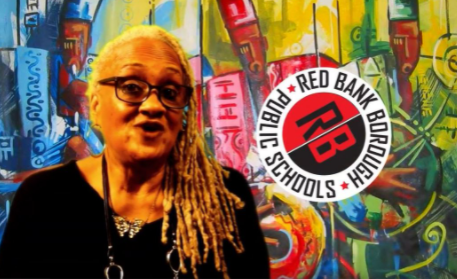 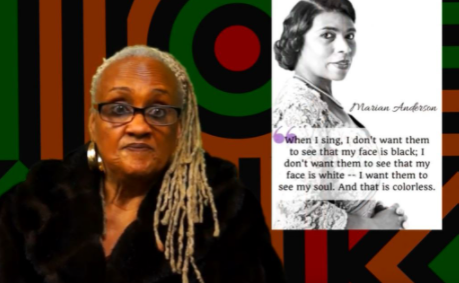 Marian Anderson - Denied a Stage, She Sang for a Nation

An example of how class, respect, and talent can defeat discrimination and lead to national change.