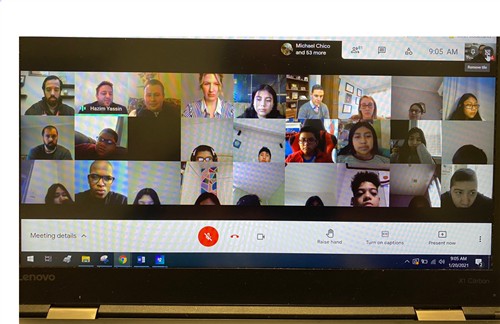 “Dream BIG...We’ll Help You Get There!” is our mantra. It starts with inspiring kids to believe in themselves but the core is providing the support and pathways for our students to achieve these dreams. In one lesson, we connected our students’ dreams for a Red Bank Borough skate and bike park with a lesson in community involvement, service, leadership, and civics.

As part of Civics Day earlier this school year, Councilpersons Hazim Yassin and Kate Triggiano joined the Red Bank Middle School Social Studies classes for students in grades six to eight. Our students enjoyed the opportunity to learn about their responsibilities as a member of the Borough Council and what services the Borough provides for Red Bank residents. Additionally, our students heard each Councilperson’s individual journey leading them to a Borough Council seat. Councilman Yassin also spoke to leadership and services. The Councilman stated, “It is important to know the times one needs to speak and lead and the times one needs to listen and support.”

During the meeting, students asked the councilpersons about numerous issues affecting the Borough. The question topics ranged from COVID-19 to environmental concerns. One of the most prominent issues raised by students was the lack of dedicated Borough space for residents to ride skateboards and bicycles. Both Councilperson Yassin and Councilperson Triggiano listened to the students’ concerns and stated that they would bring these concerns to the Borough Council. The Councilpersons mentioned the importance of community, voice, and preserving green spaces around town. Both encouraged students to use their voices to express their desires for the future of Red Bank. Civics Day concluded with the students observing the Presidential Inauguration. This ended a special day where students learned about local government and the importance of civic responsibility while capping their day watching the start of a new era at the highest level of our country’s democracy.

One particular student took the advice of the Councilpersons to heart. Immediately after the meeting, the students organized an online petition seeking support for a skate and bike park in Red Bank titled Make a Skatepark in Red Bank, NJ. Students from various grade levels and people from the community have participated in this cause by sharing the petition on social media, as well as with friends and family. Currently, the petition has received over 300 signatures, far surpassing the original goal of 100 signatures.

At a subsequent Borough Council meeting, Councilperson Yassin discussed his visit with our Red Bank Middle School Rockets. He specifically commented on the great questions posed by our students and their recommendation to build a skate park in Red Bank. Councilman Yassin stated that he will “be passing the recommendation onto Parks and Rec to incorporate a skate park for our future projects.” He went on to say “No matter how small an idea is, we as representatives of the town, it is our job to bring that to fruition. I felt very proud that they felt comfortable enough to try to bring that to our attention and ask for it.”

In line with the skate park theme, Councilperson Triggiano also recently connected our district with Derek Rinaldi of Boards For Bros and The A.skate Foundation. Mr. Rinaldi provided over 50 pairs of Vans sneakers to distribute to our students at Red Bank Primary School and Red Bank Middle School.

The Red Bank Middle School National Junior Honor Society also held a meeting to discuss the specific reasons a skate/bike park is needed in our community. The students enthusiastically organized their ideas and created a plan of action - the first step being to share the petition. The meeting included a discussion on the social benefits of having a skate/bike park, including a safe place to ride, instead of in the street, and a place where skaters of all levels can develop as athletes. A skate/bike day coined ‘Wheels in Motions’ was discussed, and more information will be provided in March. Stay tuned! 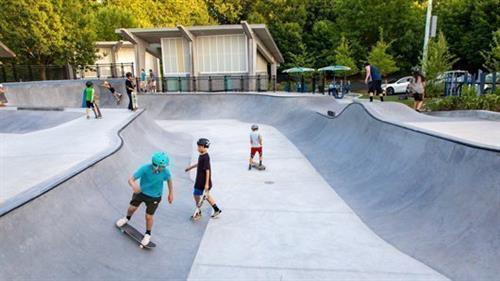