Rocket Soccer - A Championship Season for All!

This fall, the Red Bank Middle School soccer teams represented our school district’s B.I.A. (Best in America) attitude and mindset by being B.I.L. (Best in League). For the first time, both teams won first place in the Jersey Shore Athletic League in the same year, bringing great pride to their school and community. First-year athletic director Isaac Nathanson stated, “It’s simply amazing that both of our teams accomplished such a task. This shows tremendous growth in our athletic programs at the Red Bank Middle School.”

The girls' soccer team, led by Head Coach, Amy Campbell, and Assistant Coach, Ashley Gill, made Red Bank Middle School history by guiding their team through a 7-3-2 season culminating in their first league championship. Captains Christina Salinas and Michelle Luna stated, “We learned how to train together, play together, win and lose together, and make history together!” The championship game, held at Union Beach, kept the fans in great suspense, as the game ended in a tie and entered into overtime. League rules stipulate overtime as a “golden goal” situation – the first goal for either team automatically ends the game. Unbelievably, with both teams defending their goal like it was a pot of gold, the two five-minute overtime periods ended scoreless and the game remained tied. Per league rules, penalty kicks follow a scoreless over time, so the plot thickened as the suspense continued. Emotions were at an all-time high for the players, as well as the large crowd!

Fortunately, for the Lady Rockets, 8th grader Christina Salinas, 8th grader Nashlin Cuellar, and 7th grader Jessie Gomez put the ball in the back of the net clinching the victory for the Red Bank Middle School girls soccer team. Defending her goal and blocking 4 out of 5 Union Beach shots was 7th-grade goalkeeper, Eva Garcia. When asked to describe the moments after overtime and leading up to the penalty kick, Garcia responded, “My heart dropped. I was thinking this was it. Win or lose it would all come down to me. My teammates lifted me up to build my confidence.”

Red Bank Middle School is also celebrating a boys' soccer championship! The boys' soccer team earned first place for an amazing fourth season in a row. Led by Head Coach, John Adranovitz, and Assistant Coach, Kristen Maiello, the boys finished the 2019 season undefeated. Entering the championship game with a record of 11-0-0, the boys defeated The Ranney School in a nail-biter of a game held at Count Basie Field. In the final two minutes the score was tied at 2-2 and fans were certain the game was headed to overtime but 8th-grade captain Carlos Guerra had other ideas. The Rockets’ leading scorer was able to drive the ball past the goalie and hit the back of the net forging Red Bank Middle School into the lead. The game ended shortly thereafter and the Rockets collected their fourth trophy in a row for the Red Bank Middle School. Captain and 8th grader Arturo Flores says, “It was extremely memorable to be the captain of an undefeated team and watch our players’ skills grow throughout the season.” Eighth-grade starters David Acteopan, Richard Lezama and Carlos Guerra set a record of their own by being the first soccer players to be a part of a first-place team for their entire Middle School career. Carlos Guerra also set a new record of scoring 28 goals in one season, while 8th-grade goalkeeper Derek Castro only let four balls go past him all season.  Over the last four seasons, the Rockets’ record is an exceptional 49-2-1.

Both championship games took place on Wednesday, October 30 with strong fan support at both locations. The Red Bank Borough Board of Education recognized the teams and their families on Tuesday, November 12. The next evening Mayor Pasquale Menna and the Red Bank Borough Council honored both teams for their outstanding seasons. Our school district and community are lucky to be represented by these young student-athletes.  They strive to be their best not just on the field, but also in our hallways, in our classrooms, and in our community.  They are the reason we can proudly shout #RBBisBIA and as a 2019 NJDOE Lighthouse District, light the way as a role model of excellence for other school districts. 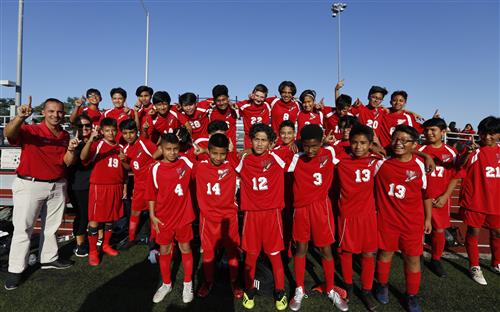 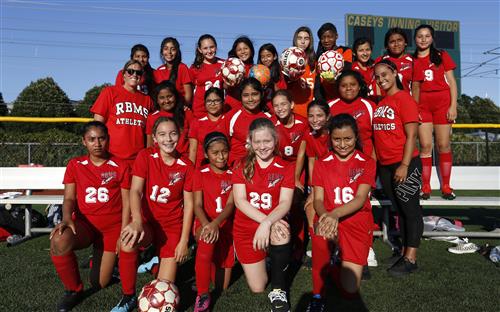 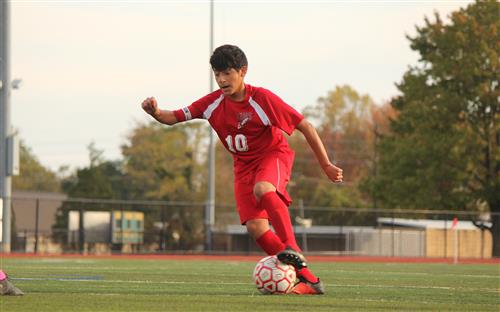 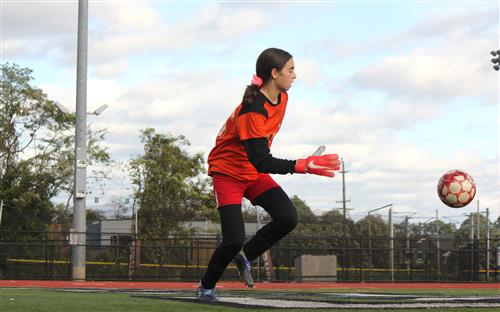 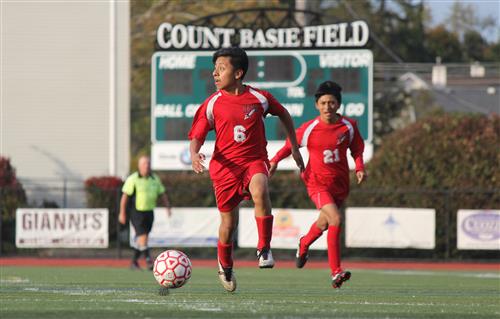 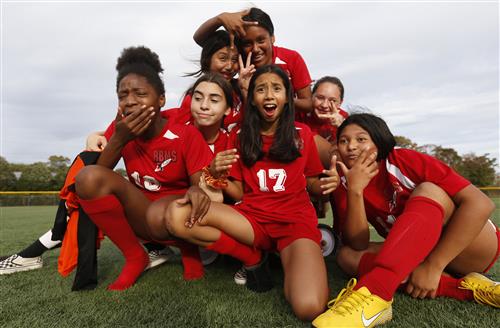 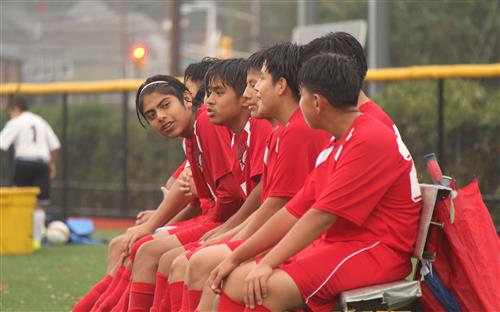